The Sun – Our Living Star

The Sun has shone on our world for four and a half billion years. The light that warms our skin today has been felt by every person who has ever lived.

It is our nearest star and our planet’s powerhouse, the source of the energy that drives our winds, our weather and all life.

The passage of the Sun’s fiery disc across the sky — day by day, month by month — was the only way to keep track of time for countless past civilisations.

Don’t be fooled by the terminology; although it is a typical dwarf star, the Sun consumes 600 million tons of hydrogen each second and is 500 times as massive as all the planets combined.

Discover the secrets of our star in this planetarium film in an immersive full dome format at Energy Discovery Centre.

The film is produced by the European Southern Observatory (ESO), released in autumn 2018. 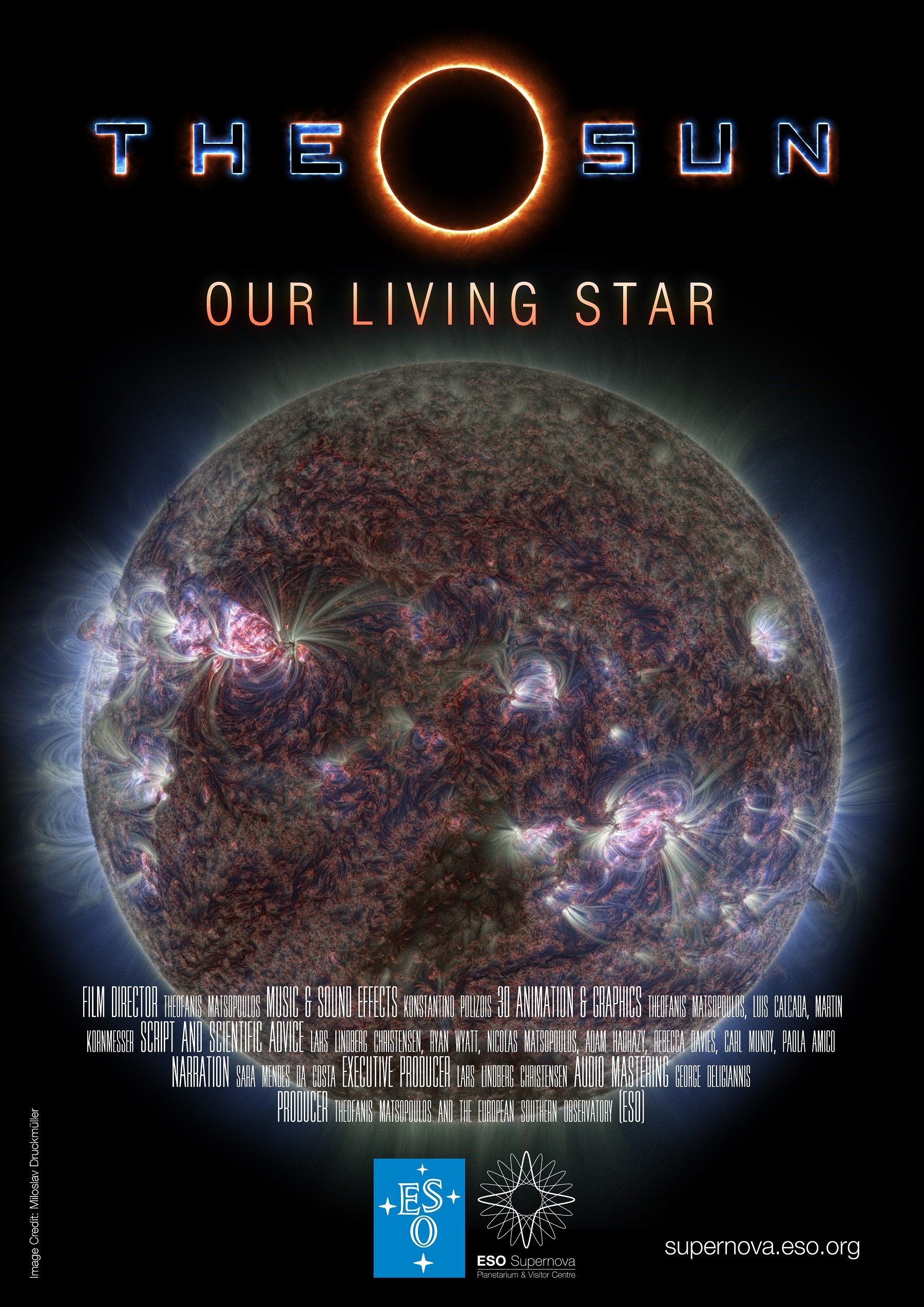